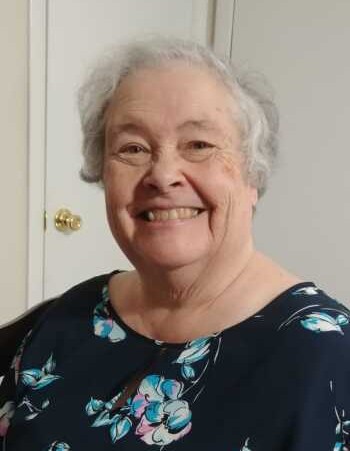 Carolyn Dianne Bennett of North Ogden, Utah passed away November 10, 2021. She completed her journey at home peacefully in the care of her family from natural causes.

She was born to her parents, Troy Chester and Rena Shuman Black, on August 3, 1951 in Savannah, Georgia. She was the youngest of four children Mary Eloise, Emory Clifford, and Vetta Ann. She was taught and raised in the gospel of Jesus Christ. Carolyn always talked about the lessons she learned from her loving and caring family. She was raised to sacrifice and contribute at all times for its betterment as a whole. She would often read the scriptures to her father who struggled to read on his own.

In high school, Carolyn was the chorister at church. One day she was conducting the music when a soldier stationed at Fort Stewart attended her congregation. Thankfully, Lynn Richard Bennett mustered up the courage to ask her out. Soon after a short courtship, he was stationed to Korea, and they maintained a long-distance relationship. Upon graduating from Chatham High School, she received a scholarship to BYU Utah. Leaving her family for the first time, she ventured to Utah to start a college degree. She was in college for about one year when the love of her life proposed through mail as he was stationed in Korea. They were only able to communicate through the mail system.  Richard talked about how when he proposed, he had to wait three months before hearing that she had accepted his proposal. Rick and Carolyn were married September 15, 1970.   Carolyn joined her husband in Korea where she was able to experience a new culture and would later share those stories frequently.

They settled in Ogden, Utah and started Richards Mfg. Jewelers, a local well known jewelry store and manufacturer. Carolyn worked alongside her husband while raising six children. As a small business, their employees were like family and many of their customers became lifelong friends. When her husband was diagnosed with ALS, she took over the family business while being his primary caregiver for the last three years of his life. Carolyn continued to run the store after his death in 2003 until she retired and closed its doors in 2018.

She gave birth to six children within six years and always shared with her children “just because I did it this way doesn’t mean you have to do this way” and that “I’m the best mother you’ll ever have.”  Family was her true passion and only true love. She spent all her time and effort making sure her children had what they needed, her grandchildren felt loved, and that everyone around her felt special.

A lover of music, she was often singing, humming, and was well known for the individual songs she had made up for each of her children and grandchildren. The family song was sung so often that when started by one child, all others would join and finish it in its entirety. Her children even learned their phone number and address by song. Other than spending time with family, her favorite past time was reading murder mystery novels. She always had a good book on her kindle ready to be read.

Funeral services will be held on Saturday, November 20, 2021 at 2 p.m. at Lindquist’s Ogden Mortuary, 3408 Washington Blvd. Friends may visit with family on Friday from 6 to 8 p.m. and Saturday from 12:30 to 1:30 p.m. at the mortuary. Interment, Lindquist’s Washington Heights Memorial Park, 4500 Washington Blvd.

To order memorial trees or send flowers to the family in memory of Carolyn Bennett, please visit our flower store.