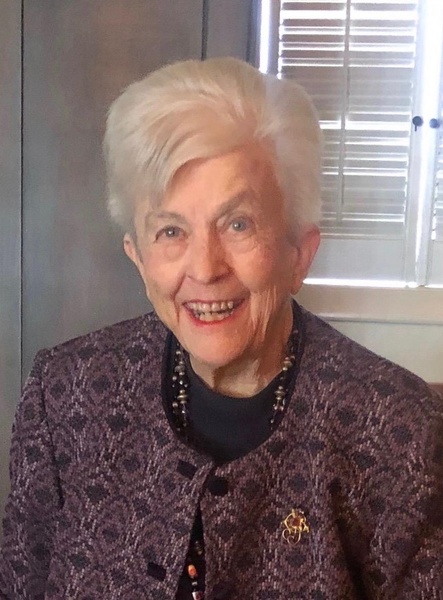 After graduation from Davis High School in 1952 she attended the University of Utah where she was affiliated with Alpha Phi Sorority.  She graduated from the U. in 1956.  She married Richard Barnes Major on March 17, 1956 in the Salt Lake Temple. They were the proud parents of four sons.  Carol was a dedicated mother first and foremost. She treasured her boys (and daughters-in-law) and embraced every moment with them. She never failed to be anything less than excellent as a mother, exposing her children to culture well beyond their Utah stomping grounds.

Carol came from a family of educators who taught thousands. Throughout her travels she also educated people in places to include Central and South America, and Asia.  Her greatest desire was to raise and train future generations of educated, courageous, young men and women.

Carol was a person of courage and unique circumstances. Her courage was undeniable and was demonstrated through raising her four boys while her husband had multiple deployments in Vietnam. During her husband’s military career their family lived in California, Oklahoma, Panama Canal Zone, Kentucky, Ankara, Turkey, Virginia, Alabama, and Utah.

She served her church in various capacities as Relief Society and Primary Presidents, teacher and secretary in both organizations.

After her husband’s retirement she worked as the first female correctional officer at the Davis County Sheriff’s Office and retired as the Administrative Sergeant of the Jail.

She loved her role as a Grandma and Great Grandma, and enjoyed teaching her grandchildren the art of sewing, quilting, and all things birds.  A woman of exquisite taste, with a love for all things antiques, quilting and cross stitch.  She was also a genius when it came to words, and writing.  Carol was a friend to all, was accepting of everyone, and was an advocate for the underdogs. She was the perfect example of teaching her family to love all no matter their religion, opinions, or ways of life.

She had an admirable personality and spoke the truth in every word … even if it wasn’t what you wanted to hear. She was head strong and made sure she was heard right up to the very end of her life.

“I may disagree with what you say but I will defend your right to say it with my life.”

Interment will be held at the Kaysville City Cemetery following the services.

Services will be live-streamed and may be viewed at www.lindquistmortuary.com by scrolling to the bottom of Carol’s obituary page.

Donations to American Cancer Society or your favorite medical or research charity are requested in lieu of flowers.

To order memorial trees or send flowers to the family in memory of Carol Ann Larsen Major, please visit our flower store.