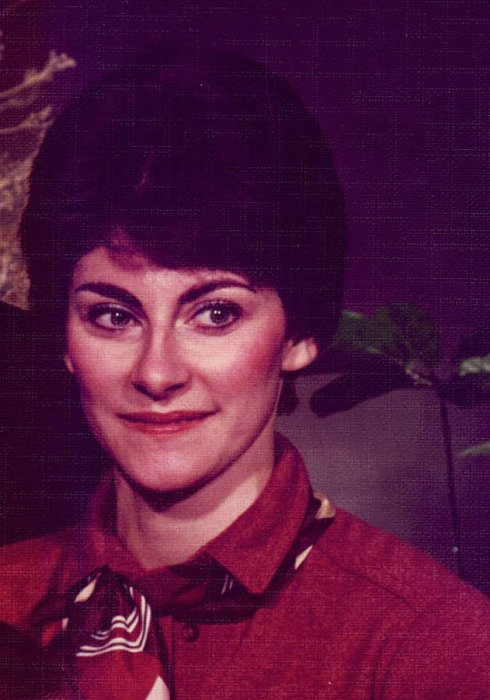 Carol Jean McGinnis Clouser was born March 14, 1951 to Florence (Long) McGinnis and James McGinnis, Sr. in Davenport, Iowa.  They moved to Savanna, Illinois when she was eight years old.

As a child, her mom ran the local grocery store and she had fond memories of hanging out of the store after school.  She enjoyed working at the Tasty Freeze as a teenager with her friend Audrey.

Carol attended Illinois Wesleyan University and lived in the Alpha Gamma Delta House.  She graduated with a degree in Elementary Education.  She loved her college years and the close friends she made in the sorority.

Carol met Ben Clouser on a blind date and they were married about a year later on June 9, 1973.  They spent some time in South Korea before moving to Richmond, Kentucky.  Their first child, Laura was born on January 28, 1976 in Lexington, Kentucky.  In 1979 they settled in Layton, Utah where Ben was employed at Hill Air Force Base.  Sharon was born December 22, 1979 and Jay was born August 23, 1983.

Carol loved animals and had several cats growing up.  After dog sitting Sharon’s dog, Jordan, she fell in love with the cocker spaniel breed and had several cocker spaniels.  She volunteered for the Davis County Democrats and was a big fan of President Barack and Michelle Obama as well as Joe Biden.  She was always positive and there weren’t many things she disliked, except the smell of fish, spiders and Donald Trump.

Carol was a loving and selfless mother, who was extremely devoted to her children  and grandchild, Jack.  She was always encouraging them to follow their passions and was willing to drive them to whatever sporting event or friend’s house to support their interests.

She was extremely thoughtful and caring, never missing an opportunity to buy a considerate card or gift for birthdays and holidays, including Valentine’s Day and Easter.  She was such a sweet person with a delightful sense of humor, even up until her last day on earth.  She is truly an angel and will be missed terribly by her family.

Services will be live-streamed and may be viewed at www.lindquistmortuary.com by scrolling to the bottom of Carol's obituary page.

To order memorial trees or send flowers to the family in memory of Carol Clouser, please visit our flower store.