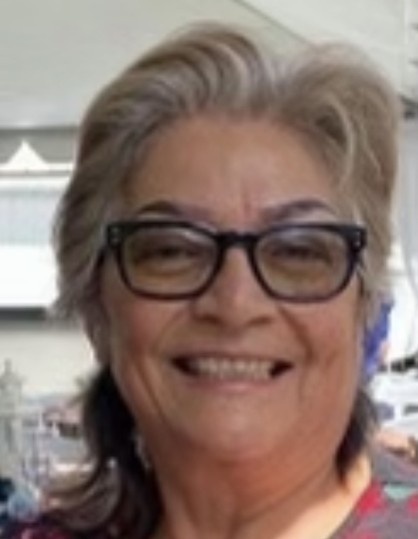 Carmen Ploneda Hunter passed away of natural causes on November 13, 2021. She completed her earthly journey peacefully surrounded by her loving family and returned to her Heavenly home.

As a child Carmen was a free spirit, and with her twin sister, Silvana following close behind they found themselves in a number of adventures.

Carmen carried her fearlessness throughout her life. When given the opportunity to live, she absolutely did. This was no exception when she met the love of her life Steven Hunter in 1984. Steven had written a letter to Carmen through an ad and the letter had fallen under her bed. She did not see it for months. She finally found it and took a chance to reach out to him. They quickly fell in love. They each had a child from previous relationships and life seemed to fit together perfectly. The love story that ensued was designed by Heaven itself.

They married on June 2, 1985. Carmen grew up a faithful Catholic. When she got married there was a conflict with religion. It was decided they would go to The Church of Jesus Christ of Latter-day Saints. Steven and Carmen were sealed in the Salt Lake Temple in 1990. After raising their children, Carmen made the decision to return to her Catholic faith in 2016.

Soon after marrying, they welcomed their first child together; a daughter Nikita, followed by Cassandra, then Stevie, and finally their son Shane. Carson would be adopted years later. With a full house and fuller hearts, they began their lives. Steven was in the military and they were able to go on many adventures together living in California, Alaska, Texas, and finally settling in Utah to raise their children.

Carmen and Steven were then blessed with 16 wonderful grandchildren. Carmen loved her grandchildren dearly and was involved in each one of their lives. One thing was certain, whenever they needed her, grandma would be there. She has a wonderful gift of making sure that she was there for their needs and to make each one feel special.

She endured much in her short time on this earth, but with every adversity came great strength in her faith. They say that faith can move mountains, but Carmen’s faith could open a car door with house keys. She was a devout member of the Catholic Church and she shared her love of God freely and often spoke of the power of prayer. She was a minister to all those around her and lived an example of God’s love. She always saw both sides of every story and made sure that no one was being judged harshly. She was the most forgiving person and believed that with God all things were possible, even the things that seemed unforgivable.

Family was her true passion and only true love. She spent her time and effort making sure her children had what they needed, her grandchildren felt loved, and that everyone around her felt special. Carmen could make friends easily. She was always a beacon of light to all those around her. She had plenty of love for everyone.

She was preceded in death by her mother, Elvira Cardenas Ploneda and her father, Francisco Orozco Ploneda.

Some of you have reached out to ask how you can help us during this time. Know that your kindness is much appreciated as we navigate this very difficult time. We kindly ask, if you are able, to donate funds towards some of the remaining expenses, as we hope to carry out all of Carmen's final wishes. Donations can be sent via Venmo to @WeLoveCarmen

Funeral services will be held on Thursday, November 18, 2021 at 10 a.m. at St. Joseph Catholic Church, 514 24th Street, Ogden, UT. Friends may visit with family on Wednesday from 6 to 8 p.m. with Rosary at 7 p.m. at Lindquist’s Ogden Mortuary, 3408 Washington Blvd. Interment, Lindquist’s Memorial Gardens of the Wasatch, 1718 Combe Rd.

To order memorial trees or send flowers to the family in memory of Carmen Hunter, please visit our flower store.