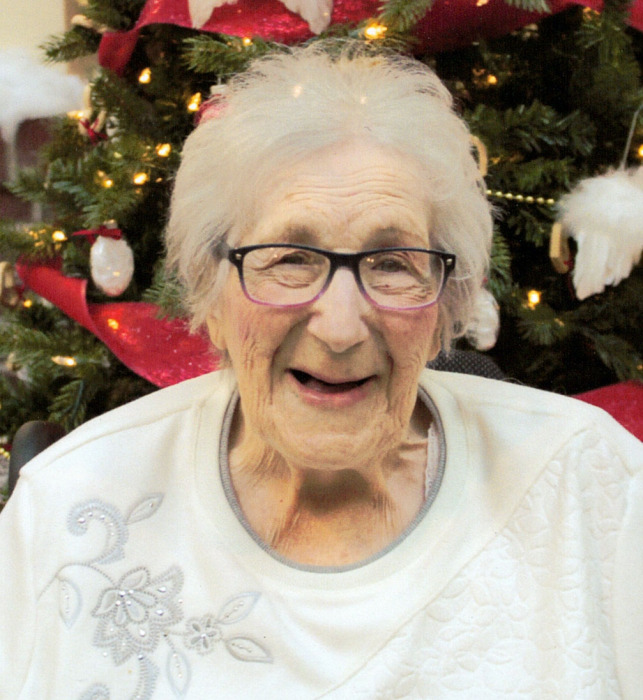 Carma Larue Asay Nielsen Herrington Harding was born October 31,  1929 in Price Utah to Seth Burns Asay and Lora Alverda Johnstun Asay. She was the first of nine children, six girls and three boys. They moved many times during her school years. She had a great love for her parents and siblings and had many special memories of their time together.

Mom and Harold were active in square dancing for many years until their health interfered and they had to quit. Mom was active in the Church of Jesus Christ of Latter-day Saints and served in all the auxiliaries. She and Harold served two Church Service Missions. The first to the Family History Center in Salt Lake City 1988 to 1989 and the second in Los Angeles California at the Family History Center by the temple 1995 to 1996.

She loved good books and had a large collection. She loved good poetry and thoughts and collected the same. She loved people and the Lord. Mom wrote the majority of this obituary several years ago.

We would like to add that she moved to Tooele to the Rocky Mountain Care – Willow Springs, Tooele, Utah where she made many friends and took up coloring in addition to her other hobbies. She called this her home and was grateful to the many wonderful people who cared for her and the residents who all called her friend.

Mom was proceeded in death by her parents, her husbands, her son Greg, her two grandsons John and Wayne Steele, and her siblings/and or their spouses Sherman Asay; Betty and Richard Steinfeldt; Karen and Frands Peterson; Gordon Eldredge and John Versluis.

The family would to thank Willow Springs Care Center for the loving care they took for our mother.

To order memorial trees or send flowers to the family in memory of Carma Harding, please visit our flower store.