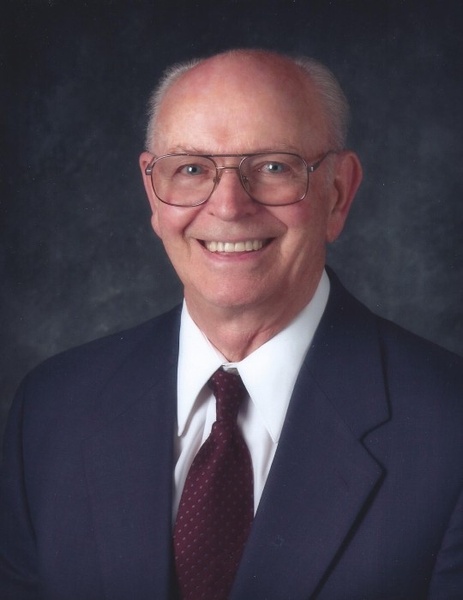 Carl Ray Wiese, 96, passed away on Sunday, January 30, 2022, firm in the faith of Christ surrounded by his children. He was born in Ogden, Utah on January 10, 1926. He was the son of Carl Harvey and Mary Cheshire Wiese.

He married his high school sweetheart Ida Avon McKinstry on November 4, 1944, in Mineral Wells, Texas where he was stationed in the United States Army. Their marriage was later solemnized in the Salt Lake LDS Temple on November 19, 1953.

He was educated in the Ogden City Schools, graduating from Ogden High School in 1944. He later attended some classes at Weber State University.

He served in the United States Army during World War II. He received his officer’s commission at Fort Benning, Georgia on September 11, 1945. Thereafter, he served with the occupation forces in Germany. While there he had the opportunity to briefly observe the Nurnberg trials. Following his active duty, he actively served in the Army Reserves for many years. He retired at the rank of Lieutenant Colonel after 41 years of military service.

He worked briefly for the Paramount Ice Cream Company before being employed by the United States Postal Service at the Ogden Utah Post Office. He held several supervisory positions which included Finance Examiner, Station Manager, Manager of Finance and Superintendent of Support Services. He also worked for the State of Utah.

A member of The Church of Jesus Christ of Latter-day Saints, he was a High Priest in the Ogden Sullivan Hollow First Ward. He held many callings in the Church including Bishop’s Counselor, Bishop of the Ogden 17th Ward, High Counselor in the Mount Ogden Stake, and Stake Patriarch in the Mount Ogden and Weber Heights Stakes. He also served 12 years in the Ogden Temple as an ordinance worker and group supervisor. He was a dedicated Home Teacher.

He loved sports, having played basketball, baseball, and track while in school. He bowled for several years and enjoyed golfing with friends after retirement. He loved to travel and was able to take his family to two World’s Fairs, and several trips to California. After retiring he and his wife spent many vacations visiting LDS Temples in the United States and Canada. They visited 50 temples before health problems restricted their travel.

He was preceded in death by his parents; his sister, LaVon and his beloved wife, Avon.

The family expresses their gratitude to those who supported and cared for dad in the last years of his life: Dr. Carl Gray, PA Lynn Larsen and staff, Dr. Seth Lewis, and the staff of Encompass Health Hospice.

To order memorial trees or send flowers to the family in memory of Carl Wiese, please visit our flower store.