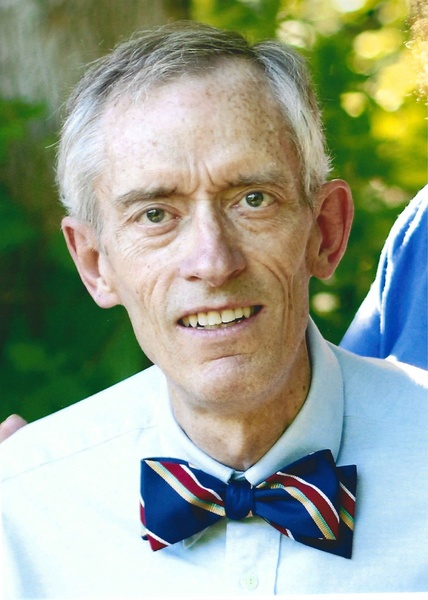 Carl Jeffrey Dedow passed away April 26, 2022, at his home after a long illness surrounded by his family.

Carl Jeffrey “Jeff” Dedow was born July 29, 1955, on Barksdale Air Force Base just outside of Shreveport, Louisiana to Carl John Dedow and Georgianne Cole. He was baptized a member of The Church of Jesus Christ of Latter-day Saints in 1975. He served in the Monterey, Mexico Mission from June of 1977-79. On his return, he married Carol Bergstrom in the Oakland Temple on Aug 25, 1979. He earned a Bachelor of Music Education at San Jose State University in 1981. He worked in the printed circuit board business for a total of 20 years. He moved to Utah in 1997, got out of circuit boards, dabbled around in several other things, and has spent the last 15 years in granite countertops.

Jeff was involved with the Boy Scouts of America for over 35 years, serving in many positions. He assisted 12 boys in achieving their Eagle Scout Award, including his 2 sons. He was awarded the Silver Beaver – a particular point of pride – the Wood Badge, and various district awards.

Jeff was also very active in The Church of Jesus Christ of Latter-day Saints, serving in the Elders Quorum, the High Priest Group, and in the Bishopric, as well as in various other callings. Even without a calling, he would be the first one to show up to a service project and the last to leave.

By far and away, the most important aspect of Jeff’s life was his family. It was so important that one did not necessarily have to share blood with him to be included in the circle of his love. He adopted his children’s friends and their families and his extended in-laws’ and their families as his own. He was always concerned with providing the very best that he could for his children. He took special care to instill in his family a depth of spirituality and love through camping, family vacations, and simply being and working together. Many commented throughout his life on his devotion to the Gospel and his example to the world, simply by being himself, by being a good friend, by lending a hand wherever he could. His favorite part of the day in the last part of his life was his grandchildren racing to greet him after work and help him off with his shoes so that he would tell them stories before dinner.

Of all his awards and achievements, he always said that his greatest are his four wonderful children. He has always been so proud of their every accomplishment, small or great throughout their lives.

He was preceded by his mother, Georgianne Esther Cole; his father, Carl John Dedow; his stepfather, William Scott; and his sister, Patricia Anne Scott.

He is survived by his wife, Carol; his sister Tracy Vanderwerf; his children, Belinda Latham (Carl), Elizabeth Dedow, Jacob Dedow, Patrick Dedow (Alexandra); and his princesses, Margaret, Diana, and Charlotte who will miss their potato dearly.

In lieu of flowers, please donate to the LDS Missionary Fund.

The funeral service will be held at 11am May 7, 2022 at The Church of Jesus Christ of Latter-day Saints on 165 Monarch Dr. Bountiful, UT 84010. A viewing will be held earlier that morning from 9:30am-10:30am. Jeff will be laid to rest at the Bountiful City Cemetery.

Services will be live streamed by scrolling to the bottom of this obituary page on the day of the service.

To order memorial trees or send flowers to the family in memory of Carl Jeffrey Dedow, please visit our flower store.