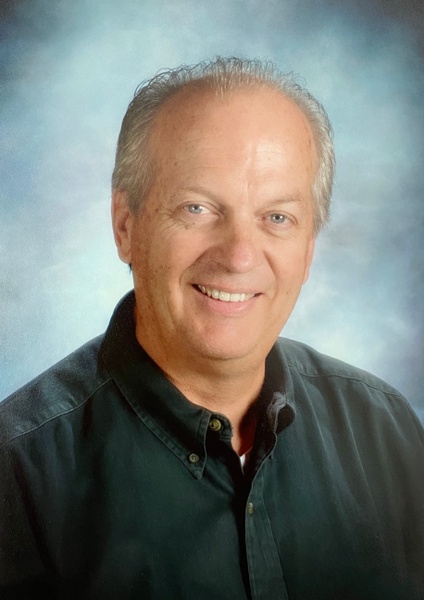 Bruce Fetzer Bitner passed away August 12, 2022, in Kaysville, Utah, surrounded by his family. He spent the last several years enduring the cumulative effects of a genetic disorder called FXTAS (Fragile-X).

Bruce was born September 19, 1951, in Norwalk, Connecticut, to Dr. Robert F. and Carol Bitner. He married his high school sweetheart Annette Packer on July 13, 1973, in the Ogden Utah Temple.

Growing up in Layton, Utah, he attended both Layton and Davis High Schools and graduated from Davis High School in 1969. While there, he was on both the football and track teams and later attended Weber State University, where he earned a bachelor’s degree in Art and Physical Education.  He continued his education, earning his master’s degree in Education from Utah State University and his Drivers Education endorsement from the University of Utah.

Bruce enlisted in the United States Air Force in 1970, completing his basic training in Texas and California and subsequently served as a medic during the Vietnam War.  After the war, his military career continued for the next 24 years in the Utah Army National Guard, on reserve status, as a linguist and interrogator.

In January of 1971, he accepted a call to serve a two-year mission in Hong Kong for the Church of Jesus Christ of Latter-day Saints.  He learned to love and appreciate the culture and later, with his brother-in-law, Tom partnered in a Chinese food catering service for multiple years.  He also used his language skills while serving in his military assignment. Bruce had multiple opportunities to serve his church in organizations like the Primary (a favorite), High Priest Group Leader, Gospel Doctrine teacher, blood drive coordinator, and he also served in the Sunday School presidency.

Bruce taught three-dimensional art (ceramics and jewelry making), Drivers Education, and coached football, wrestling, soccer, and baseball.  He organized and initiated the soccer program at Davis High in 1978 and led the team to its first state championship win in 1983.  He completed his 34-year career at Davis High school where he began.  He loved his profession and had a positive impact on the lives of thousands of students and many colleagues, also building strong and lasting friendships with the group of coaches he worked with and learned from for more than 25 years. He was inducted into the Utah Sports Hall of Fame on March 29, 2016.

Bruce’s talents had a lasting impact in many lives that were improved by those freely shared skills and talents.  His woodshop was a favorite place to spend his time, crafting things to make others smile. He frequently made himself available to anyone who needed something fixed, or a problem solved.  The Bitner home is filled with beautiful things he handcrafted. He also loved spending time outdoors skiing, fishing, riding horses with his dad, and riding his Honda Shadow motorcycle.

He was a devoted father and grandfather, supporting his children and grandchildren by attending every activity from athletics, band, vocal and orchestra performances, as well as dance recitals.  He did the same for his three children as they developed their own talents and interests.

Bruce is survived by his wife of 49 years Annette Packer, his three children, Derrek Bitner (Shanna), Allison Haslam (Bryan) and Heidi Edwards (Aaron), by 11 grandchildren, his mother Carol Bitner, and his siblings Kathy, Mark, Alan, Ed, Barbara, Matt, and Sam. He is preceded in death by his father, Robert, father-in-law, Bill, Mother-in-law, Viola, cousins, Pam and Pat and nephew, Brian.

Funeral services will be held at 11:00 a.m. Friday, August 19, 2022, at the Main Street Chapel, 500 South Main, Kaysville, Utah.  Friends and family may visit Thursday evening at Lindquist’s Kaysville Mortuary from 5:00 to 8:00 p.m., at 400 North Main, Kaysville, and again Friday morning from 9:30 to 10:30 a.m. at the Main Street Chapel preceding the funeral. Following the services, interment will be at the Kaysville City Cemetery.

The family expresses very special appreciation to those healthcare professionals who were so attentive to Bruce’s needs as he finished his life’s journey – Atlas Hospice Care, the many staff members at Whisper Cove Assisted Living Center, and so many Spencer Ward friends and neighbors who helped along the way.  Special thanks go to Dr. Ryan Stewart of Tanner Clinic, Mary Page, and Billie Butcher from Atlas Home Health Care.

In lieu of flowers, Bruce’s wish would be to help someone in need, share a smile to brighten someone’s day, or chat with someone at the hardware store for an extra 25 minutes as he would have done.

To order memorial trees or send flowers to the family in memory of Bruce Fetzer Bitner, please visit our flower store.