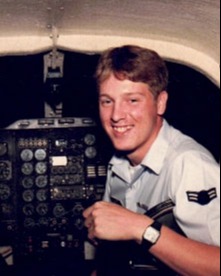 At the age of 17, Brian married his first wife, Aletha, and had his first daughter, Brittnie. At the age of 18 he joined the Air Force where he was a flight simulator specialist and also an electrician. While in the service he welcomed his second daughter, Sheri. After serving honorably for six years, he then chose to leave the service and return to Utah. Shortly after returning he welcomed his last daughter, Erin. Brian was a good provider and father and anyone who knew him would say he was a good man.

Brian was a driver at Pioneer Doors for many years until he got a job at Hill Air Force Base, where he painted airplanes, and he worked in the supply department.

Later in his life, Brian married his second wife, Verna. They spent a few happy years together until she sadly passed away.

To order memorial trees or send flowers to the family in memory of Brian Lee Young, please visit our flower store.