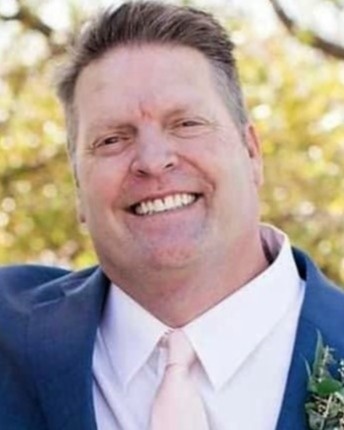 Brett Curtis Warnick passed away on Wednesday morning, September 21, 2022, at 54 years old. He was born on November 27, 1967, to LaMar and Myrna Warnick. Curt was raised in Fountain Valley, California. His formative years shaped his personality. Curt was known as a hyperactive kid and his parents worked a miracle teaching him how to harness his energy. He was a naturally gifted athlete; his outlet was on the field and the court. He was surrounded by fantastic friends and an incredible Young Men’s president. Curt once stated that other than his parents, Steve Lang, the Young Men’s president, did more to shape him into who he was than anyone else.

Curt served a faithful mission for The Church of Jesus Christ of Latter-day Saints in the Atlanta, Georgia Mission. Upon returning, he attended the University of Utah and Utah Valley University, then received his degree in Aviation Business Administration from Embry-Riddle Aeronautical University.

Curt married Rebecca (Becky) Jane Marx on August 21, 1993. They had the ideal partnership and love for each other. They were best friends on an Eternal Adventure. Becky equaled his zest for life, compassion for others, and love of travel. Perfectly partnered and equally yoked, they had a marriage that many envied. They lived by the mantra “Family Matters.” The only barometer of their success was their family. Curt loved, cherished, and celebrated his four kids more than anything. Ethan, Jonah, Emma, and Abby were the light in Curt’s life. Curt loved coaching lacrosse for the boys and traveling with the girls. The only thing close to this light was his love for Kvothe and Vin, his grandkids. “Papa Toot” lived for family.

Later in life, Curt switched careers to his dream job at Delta Air Lines. His sense of adventure and desire to see the world created a lifetime full of memories that will live on. He was an avid BYU and California Angels fan. Curt loved people. Curt played a huge role in shaping the lives of his nieces and nephews. He believed in the Gospel of Jesus Christ and was so secure in his testimony and who he was that he did not need to judge other people. He had the unique talent of making others want to be better without making them feel inferior. He looked for the outcast and worked to include them in the party. He was using this talent as the Bishop of the Clearfield YSA Ward when he passed away. His zest for life and adventure will be missed. His love and willingness to sacrifice for others was legendary and will live on with us forever. He served with the young men in his ward and stake, on the high council, and in his bishopric.

Curt was preceded in death by his parents, LaMar and Myrna; and his father-in-law, Clyde Marx.

The interment will be at the Kaysville City Cemetery.

Services will be live-streamed and may be viewed by clicking on the link at the bottom of Curt’s obituary.

To order memorial trees or send flowers to the family in memory of Brett "Curt" Curtis Warnick, please visit our flower store.