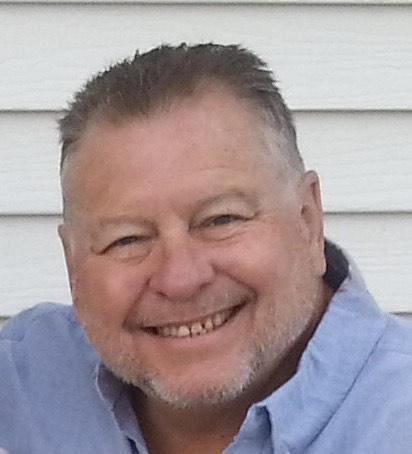 On a beautiful warm autumn afternoon on Nov 14th, Brad peacefully slipped away surrounded by his wife and children.

Brad was the first child born to Donald Leonard Wilson and Shirley Valere Palmer at Dee Hospital in Ogden, Utah. Brad spent his growing up years in Layton, attending schools in Davis County, graduating from Davis High School in 1968. Two weeks after graduation with friends in tow, Brad drove to Motorview Drive-in to see “Planet of the Apes” and “Fantastic Voyage”, and who should be with her friends but the love of his life, Roberta Schofield. Dating on and off for two years, Brad proposed and on June 12th, 1970, their love was sealed in the Salt Lake Temple.

Thinking his number was safe from the Vietnam draft, Brad continued through college and employment. In October of 1970, Brad received a shocking notice, drafting him into the US Army. And, in Dec 1970 to Feb 1971 attended boot camp in Fort Lewis, Washington. After completion he received orders to report to Fort Riley, Kansas, from Feb 1971 to Sept 1972, serving in the 138th Engineering battalion, 34th brigade, unit HHC as Specialist 4 (SP4) ranking. In 1971 he became Trooper of the year just for the luxury of driving the officers around base. But rather disappointed to go to Kansas, he loaded up his 1959 blue rambler with Roberta in tow, and arrived at their first apartment in Junction City, Kansas. The small branch of military families for the Church of Jesus Christ of Latter-Day Saints was like a mission for Brad as he enjoyed serving with other military families stationed at Fort Riley.

After Army life, Brad was employed with Sanders Exploration while attending college at Weber State University and raising their family. He started his own print & advertising office and then moved on to become a sales manager for 25 years with KP Graphics in Salt Lake City. He dearly loved helping customers such as Browning Arms with their printing needs.

During the late summer and fall seasons, hunting the mountains and hills of the Uintah’s with his dad and family became his passion. This passion continued side by side with his own sons and grandsons hunting deer, elk, turkey, and all kinds of critters. He would teach his daughters how to hunt and fish as well, making sure their aim was spot-on. The boys would hunt duck and geese from ponds and lakes throughout Utah to Canada. Fishing streams, lakes and rivers was always time well spent, along with time together at the family cabin, playing games, snowmobiling, and shooting guns and bows & arrows with the kids and grandkids.

Being a big boy at heart, Brad served in Scouting, one of his other greatest joys. HE LOVED flashlight tag, klondike derby adventures, camping, Dutch oven cooking, merit badges, scout camps and weekend camping. His biggest scouting accomplishment came when his three sons received their Eagle Scout awards. Over 30 years of scouting was never enough for Brad.  The boys learned quickly to fall asleep on camping trips before Brad, or the snoring bear, would keep them awake all night.

Brad loved coaching and cheering all his children and grandchildren in all their sports, dance and piano recitals. His greatest pride.

With a lifetime as a member of the Church of Jesus Christ of Latter-Day Saints, one of Brad’s favorite church callings was working as an ordinance worker in the Ogden temple along with his Roberta side by side.

Services will be live-streamed and may be viewed by going to www.lindquistmortuary.com and scrolling to the bottom of Brad’s obituary page.

Condolences may be sent to the family at www.lindquistmortuary.com

To order memorial trees or send flowers to the family in memory of Brad Wilson, please visit our flower store.