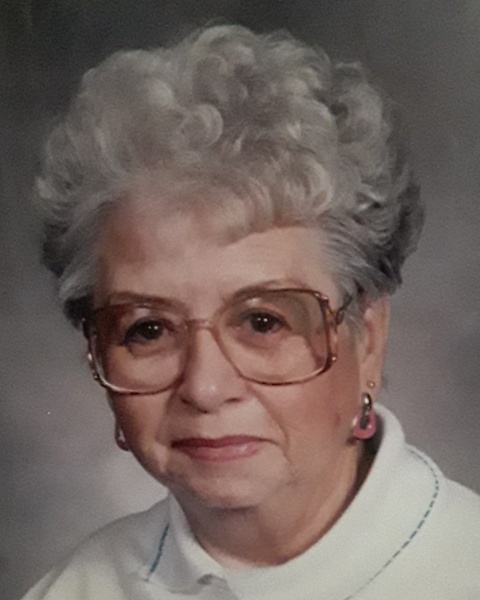 On September 20, 2022, our beloved mother, grandmother, great grandma, and friend, returned home to our Heavenly Father.

Jean was born on June 1, 1929 in Boise, Idaho to Asa and Bertha Mastin Hebdon. She lived in Idaho until the age of 13, when the family moved to Utah. She attended Ogden Schools and graduated from Ogden High School in 1947.

Shortly after, she married Kenneth Miller, with whom she had six children. They were later divorced.

She then married Floyd Johnson, and they had a daughter, Cindy Lee. divorce followed and then she married the love of her life, Billy R. Melton. The husbands are all now deceased.

Mom had a long career with the government, working at Ogden Arsenal, US Naval Base. She retired from HAFB in 1979.

She was a hard worker throughout her entire life and was never one for sitting still for very long.

After retirement, she worked for the Senior Companion Program for 29 years. This was something she really enjoyed, as she was a very loving and giving person.

Jean was also a longtime member of the American Legion, FOE and the Senior Club from Davis Hospital.

She was a member of the LDS Church, and at various times taught primary and Sunday school classes.

She had many interests, Jean loved to cook, dance, read and was an avid bowler for many years.

She loved to travel and went on many trips by herself, enjoying the people and the places.

The highlight of her travels was a trip to Ireland in 2000. This had been a lifelong dream of hers.

But she especially enjoyed being with her family and doing things with them. She was a very loving and caring person and will be missed tremendously by all who knew and loved her.

She was preceded in death by her son Kraig Miller, her grandchild  Cody Beers, her parents, her two sisters Mary Peterson and Linda Brown, and her 2 brother's Ernie Hebdon and Earl Hebdon.

We love you mom, and we’ll miss you always.

To order memorial trees or send flowers to the family in memory of Jean Melton, please visit our flower store.