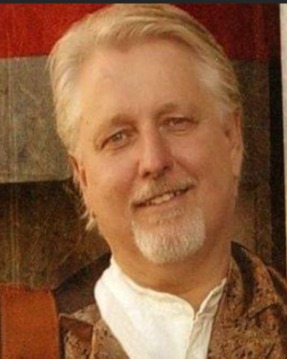 He was born to Donald Clark and Sandra Faye Ashby in Tremonton, Utah.

During his childhood he lived in Roy, Utah. Ben graduated from Roy High School in 1981, and attended Weber State University.

He married Karen Oldroyd in the Salt Lake Temple on July 12, 1989. They made their home in the Phoenix Metro area and later moved to Glenwood, Utah. Ben eventually returned to Weber County.

Ben was an extremely talented concrete artist. He created countless projects that have added unique beauty to many homes and venues. One of his proudest accomplishments was his induction into the Decorative Concrete Hall of Fame in 2017.  Ben created a revolutionary process of creating concrete countertops known as The Ashby System. This special method drew the attention of hundreds of contractors and do-it-yourselfers, both national and international, who attended his classes.

Ben’s love for music was bigger than life. Ben had a deep love for all things music and it carried over in all aspects of his life. He shared his love by playing many instruments, from drums to guitar, but his true love was playing the bass.

Ben started on the drums in his first band, Battle Axe, with his brother’s Gar and Rett. He later played bass in Good Company, a band that allowed Ben to see the world through a USO tour to the Pacific. During their tour, the band played for the military stationed in South Korea, Japan, the Philippines, and others. He received special thanks from the United States Department of Defense for his contributions to military morale. After touring, he continued to entertain from the stage with his other bands, Manic-N, Movie Star, Latigo, Riser, Dirty Harry, and Satin Steele.

One of Ben’s proudest accomplishments was his family. His love for his children knows no limit. He is survived by his five children:  Austin (Payton) Ashby, Aaron (Shelby) Ashby, Tate Ashby, Nick (Jessica) Ashby, and Isabelle Ashby.

Ben is preceded in death by his father.

To order memorial trees or send flowers to the family in memory of Ben Ashby, please visit our flower store.