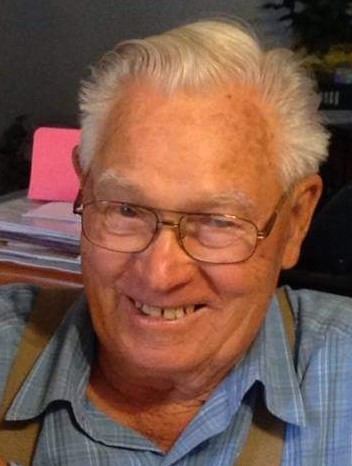 Layton – Ben Arthur Andreason, age 92, peacefully returned to his beloved wife of 72 years and his son Brent in the early morning of Nov 6, 2021. Ben was born in Salina, Utah on January 16, 1929, to Arthur and Magdalena Andreason. He was the third of three children and lived in Salina throughout his childhood.

He had a talent for working on engines of any kind and started his work life as a mechanic at the local gas station. In reality he could build or fix almost anything and whatever was fixed worked better than it did when it was new.

He met his future wife Helen Allred at a school dance in Gunnison, they were married on May 23, 1948. They started their family in Salina but moved with their two little girls to Ogden, Utah to find work. The family grew in Ogden by two boys, and they eventually settled in Layton where the family grew by another boy and another girl making six children.

Ben found work at Hill Air Force Base where he excelled at many jobs. He traveled extensively both domestically and internationally for the defense department and ended his career as an optical engineer. He was instrumental in the research, design and testing of the camera lenses that were sent in the space shuttles to take pictures of the earth as well as the lenses in telescopes currently located in Japan and New Zealand. His work ethic was unmatched.

They retired in 1986 and from then on spent their winters living as “Snowbirds” in Yuma, Arizona and their summers in Layton with their family. Mom and Dad enjoyed their retirement years traveling with good friends to many places throughout the country each summer.

Dad will be fondly remembered as the guy in the neighborhood that had every tool in his garage, and he spent many hours using his talents helping others. He was a beloved boy scout leader and was always willing to share his grace and wisdom with others. But most importantly, he was a great Dad that went out of his way to provide us with precious memories and more than a few funny stories.

Ben is survived by his sons Arthur and Dean Andreason; daughters, Benet Aagard, Lucille (Lyle) Koenig, Marie (Kerry) Santoro. He was preceded in death by his wife Helen, his beloved son Brent and daughter-in-law Jacque Andreason. He was also preceded by his parents, his sister Darleen Walden, and brother Ray Andreason.

To order memorial trees or send flowers to the family in memory of Ben Andreason, please visit our flower store.