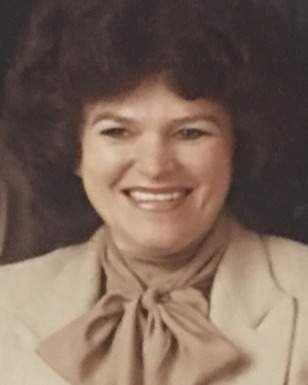 Life and love are complicated, but certainly never uninteresting for a daughter, granddaughter, sister, wife, sister-in-law, aunt, mother, mother-in-law, grandmother, and great grandmother. Those titles, to name a few were just some of the wonderfully complicated amphitheaters our mother navigated over her eighty-two earthly years.

Barbara Ann Ynchausti of Bountiful, Utah passed away on Tuesday, August 30th, 2022, and this is where we’d like it said that it’s impossible to define love because it takes on so many forms, like mom did and it’s ever so complicated but never ending and always enduring.

Born, Barbara Ann Ricks on February 11th, 1940, in Sugar City, Idaho, mom was the first-born daughter to Donald Keith Ricks (deceased) and Vera Smith-Ricks (deceased) and a very proud descendant of the 1888 founders of Ricks College in Rexburg, Idaho. Our mother possessed all the qualities of a first-born child. She was independent, a caring leader in many roles and soon graduated from high School in 1958 as a Sugar City High School Digger. When we asked mom, ‘What is a Digger”? She would always respond, “It’s complicated and then break out into the Sugar City high school fight song!

In 1959 mom married John Roy Ynchausti of Elko, Nevada in a ceremony that would make the fashion section (then called the Women’s Page) of the local newspaper look amazing. The article was blushing, and the bride ever so beautiful! Mom told us she would watch dad at the local public swimming pool where he was a lifeguard. Dad told us he met mom where she worked at the Stagecoach Café. A complicated love was born.

Not long after, the now Mrs. Barbara Ann Ynchausti would have two sons. John Carl (J.C.) Ynchausti (1960) and Randy Allen Ynchausti (1961). Both born in Elko, Nevada. Both bundles of baby boy joy and enthusiasm. You think two sons complicated the wonderous and new equation? Add an unexpected set of twins in 1964. Shawnee Jean and Shannon Lee Ynchausti. Mom used to say, “Miracles are opportune accidents, of which the natural causes are too complicated to understand so I had to have another little boy to get a little girl”. We’ve been told to this day mom was unaware she was having twins and rode in the back of a small pick-up truck to the hospital because her size prevented her from fitting in the cab of the truck. We’re not claiming any truth to that story but it’s fun to imagine, for everyone but mom that is. In a complicated twist in later years if you knew the Ynchausti family was blessed with a set of twins but had never met them, you probably would have thought the two eldest boys were twins. Not so much Shawnee and Shannon.

In 1966 the Ynchausti six would relocate from Elko, Nevada to Bountiful, Utah finding a house that would become Barbara’s forever home and in 1969 add one more baby boy to the family. Don Lee Ynchausti.

Bountiful, Utah was a wonderful place to raise a family and we remember camping trips to Yellowstone, weekends waterskiing at Willard Bay even though mom could not swim she would say, “it’s complicated” and drive-in theatres in our pajamas. There was Lagoon, Carmack’s Spudnut Doughnut Shop, Mrs. Cavanaugh’s Candy and trips to the then Salt Palace Arena to watch the Salt Lake Golden Eagles hockey team. There was deer hunting, homemade pizza night watching The Wonderful World of Disney and Carol Burnett and baseball. There was gymnastics, accordion lessons, trick-or-treating with pillowcases and schoolwork. There were summer nights at football games, cheerleading and winter sledding at the hill by the 24th Ward church building. There was always a special Angel on the top of every Christmas tree and there were basketball games at the gymnasium which also inevitably meant a trip to the hospital for one Ynchausti son who became a regular there for stitches while playing on the bleachers every single time. We’re confident mom never saw an entire basketball game during any given season. Can you just hear mom now rushing out of the gymnasium, “it’s complicated and I have to hurry”.

There was all that and oh so much more! With the privilege and ability to look back on it now, it felt like our amphitheater of glowing light in Bountiful, Utah protected us from complicated relationships and huge mistakes, past and future. It was golden and it was complicated.

Then came four foreign missions, colleges, weddings and B.Y.U. fanatics. All wrapped up in a newly found and successful profession and a proud small business owner operator that made Barbara’s light shine even brighter and her days personally fulfilling from a unique and new angle that was different than that of her role as our mother. She was proud and we were proud of her.

The Services will be live-streamed and may be viewed by scrolling to the bottom of Barbara's obituary page where there will be a video box provided.

To order memorial trees or send flowers to the family in memory of Barbara Ann Ynchausti, please visit our flower store.