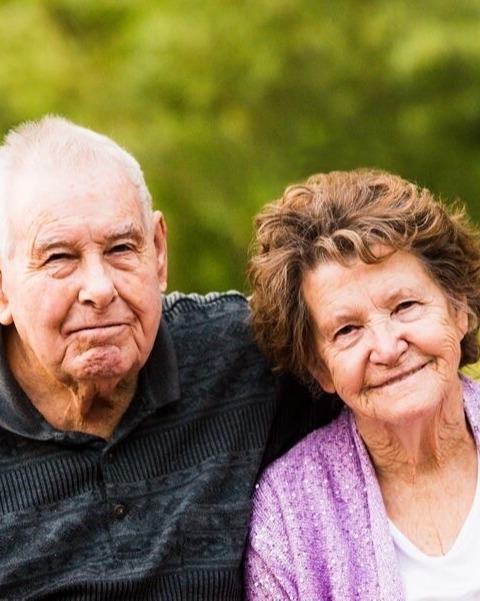 Barbara Marie Willison Hollopeter passed away peacefully on December 22, 2022, in Ogden, Utah, she was 85 years old. She was born in Grand Junction, Colorado, on September 12, 1937, to Lester and Winnifred Hannigan Willison. At just twelve days old, she moved with her parents to Cripple Creek, Colorado. Her father worked in a gold mine there. When she was three the family moved back to Grand Junction, where she grew up a country girl. She attended and graduated from Central High School.

In 1955 she was introduced to the younger brother of a close neighbor, Forrest Hollopeter. They married on June 3, 1956, in Grand Junction. They were later sealed in the Ogden LDS Temple.

They lived in Grand Junction after they married. There they welcomed their daughter, Deborah. In 1958, they moved to Riverdale, Utah, for Forrest’s work with the railroad. They welcomed two sons, Kenneth and Wayne Allen, while living there. During this time, they became lifetime friends with some very special people, June and Arlen Smith, Evelyn and Keith Warby, and Shirley and Bob McKissen. We have many good memories of all these families. Finding a single wide mobile home much too small for their growing family, they found a home on Washington Terrace and purchased it in 1962. They lived there for 60 years.

Barbara was a member of The Church of Jesus Christ of Latter-day Saints, she served in the Relief Society, but loved serving as a Cub Scout leader.

She was a stay-at-home mom, while her kids were young, doing daycare along the way. She later worked for Town and Country Snack Vans for many years. She was active in Roosevelt Elementary PTA. The PTA owned a popcorn machine, and she was in charge of the popcorn sales each week, earning her the name of the Popcorn Lady.

She and Forrest were members of the Union Pacific Railroad Employees Club #6. They were able to travel to many places around the United States for conventions and enjoyed many wonderful friendships with the club. Barbara served in many offices, including president of the Ladies Auxiliary. Mom and dad also enjoyed traveling, especially a trip to Hawaii.

Barbara and Forrest were avid Weber State fans and members of the Wildcat Club. They had season tickets to football and basketball games for decades. They have been known to brave any weather or conditions to follow their beloved Wildcats to games far away.

Barbara was always there to support her children, grandchildren, and great-grandchildren in whatever they were involved in. She cherished family time. Even as her health declined, she always had a smile for everyone who came to visit.

Barbara was preceded in death by her husband, Forrest and her parents. She is survived by her children, Deborah, Kenneth, and Allen; her grandchildren, Ryan (Andrea) Sherry, Benjamin (Tanya) Sherry, Michael (Dana) Hollopeter, and Jodi (Adam) Stonehocker; seven great-grandchildren, Kayden, Cedric, Abby, Olivia, Jonah, Oliver, and Markham; and her sisters, Dorothy Geib and Shirley Frisbie.

Funeral services will be held on Friday, December 30, 2022 at 11 a.m. with Bishop Matthew McKell, officiating, at Lindquist’s Ogden Mortuary, 3408 Washington Blvd. Friends may visit with family on Thursday from 6 to 8 p.m. and Friday from 9:30 to 10:30 a.m. at the mortuary. Interment, Lindquist’s Memorial Gardens of the Wasatch, 1718 Combe Rd.

Special thank you to Elevation Hospice, especially Cindy, Jacoy, and Maryann, you are amazing, and we are so grateful for the care and concern you have shown to mom and our family. Also, thank you to the staff at Mountain Ridge assisted living.

To order memorial trees or send flowers to the family in memory of Barbara Marie Willison Hollopeter, please visit our flower store.