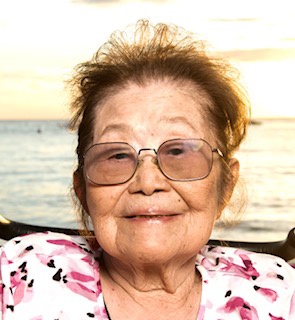 Ayako Miyashiro Taketa quietly passed away on Friday, August 12, 2022, at her home in Ogden, Utah.

Ayako was born January 21, 1928, in Yokohama, Japan to Chotaro Miyashiro and Tame Yoshino. In her early years, she was educated in Yokohama and then at the Hadano Nursing Training Institute in Kanagawa, Japan. She held a nursing degree and various certificates equivalent to the level of a Nurse Practitioner. After graduation she was assigned to a hospital ship during WWII that brought injured and sick soldiers back to Japan. She was later hired to work at the Mitsubishi Shipyard Hospital in Yokohama which gave her the opportunity to travel to many countries including Singapore, Myanmar, and Thailand.

Ayako married Roy Taketa in 1953 in Kumamoto, Japan and made Yokohama their home. In 1958, she moved to the United States with Roy and their two children, Yoshizumi (Jim) and Chieko. They made Ogden, Utah their home and welcomed their third child, Jeanne. Although she missed her home in Japan, she came to love America. In 1973, the entire family moved to South Ogden, where she lived until her death.

She was a member of the Ogden Buddhist Temple. She worked as a dedicated housekeeper for years. She loved to travel and made countless trips to Japan to see her friends. She loved to watch old Japanese movies. She would have the videos playing all night long as she dozed off in front of the TV. Reading about Japanese history was another hobby which no one surpassed her enthusiasm. She also loved watching the Sumo tournaments on the Japan channel on her TV. Her grandchildren and great-grandchildren were the greatest loves of her life.

Services will be live-streamed and available on the day of the service by scrolling to the bottom of Ayako’s obituary page at: www.lindquistmortuary.com, where condolences may also be shared.

The family would like to thank the doctors, nurses and CNAs at McKay Dee Hospital, Pine View Rehabilitation Center, and Dignity Home Health and Hospice. A special thanks to Suzy’s Senior Companionship Services.

The family respectfully requests in lieu of flowers, please make charitable donations to Suzy’s Senior Companionship in Ayako’s name.  Payments can be made online at this link:  https://suzyseniorservices.org or mailed to P.O. Box 1943, Layton, Utah, 84041.

To order memorial trees or send flowers to the family in memory of Ayako Miyashiro Taketa, please visit our flower store.