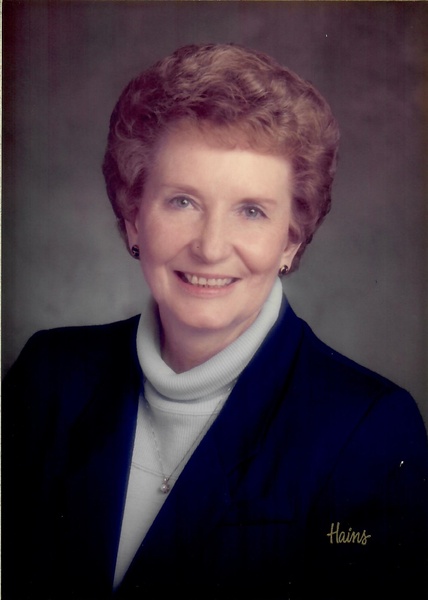 Our loving mother, grandmother, and great grandmother, Ardell Goddard Chambers Carter Thomas, passed away peacefully on Wednesday August 3, 2022 due to causes incident to age.  She was born June 16, 1926 in Ogden, Utah to Edward H. Chambers and Laura Goddard Chambers.  She attended Ogden city schools and graduated from Ogden High School and attended Weber College.  After graduating from high school, Mom worked at the Dee Hospital in Ogden.  Then in the summers of 1945 and 1946 she worked as a Beanery Queen (waitress) in the Union Pacific railroad dining hall in West Yellowstone, MT.  It is here where she met the love of her life Thomas Allen Carter.  They were married September 27, 1947 in Ogden, UT.  Their marriage was later solemnized in the Logan temple.  Together they had 3 children, Kenneth, Sandra, and Kae Lynn.  On March 8, 1985 Tom passed away.  Four years later Ardell was introduced to the second love of her life, Jay Roberts Thomas by her brother Darold and his wife Kathleen.  They were married on March 18, 1989.  Bob filled a large void in Mom’s life after Dad passed away.  They had 25 wonderful years together until Bob passed away on March 6, 2015.  Bob brought another family into Mom’s life with his 8 children and their spouses, Jinny MacBeth (Win), Kathleen Newlon (Gerald), Bob Thomas (Shanna), Jedd Thomas (Karen), Randy Thomas (Jan), Dean Goff (Jill), Don Goff, and Jill Walgamott (Keven).

When Tom and Ardell moved their family from Montana back to Ogden Ardell got a job working in the cataloging department of Weber State College’s library where she remained employed, made many lifelong friends, and finally, in 1988, retired after 25 years.

Mom was a faithful member of the Church of Jesus Christ of Latter-day Saints her entire life.  She was taught and raised in the Gospel by goodly parents who loved her very much.  She was especially close to her father, who died when she was just 12 years old and she spoke fondly of her memories of him.  She was also especially close to her mom who raised Ardell, Darold, Bud, and Helen by herself in a home filled with love.  Mom served faithfully in many callings in the Church throughout her life, including Young Women’s President, Relief Society President, and visiting teacher.  Her first priority and primary focus throughout her life was her family.  She made holidays and birthdays extra special.

A very special thanks to the many staff members at Fairfield Village, especially Bridget, Marcia, and Galene and to Heidi and Amy, Mom’s Hospice support, each of whom provided love and support to us and to Mom during this difficult time.

Services will be live streamed and available by scrolling to the bottom of Ardell's obituary page.

To order memorial trees or send flowers to the family in memory of Ardell Goddard Chambers Carter Thomas, please visit our flower store.