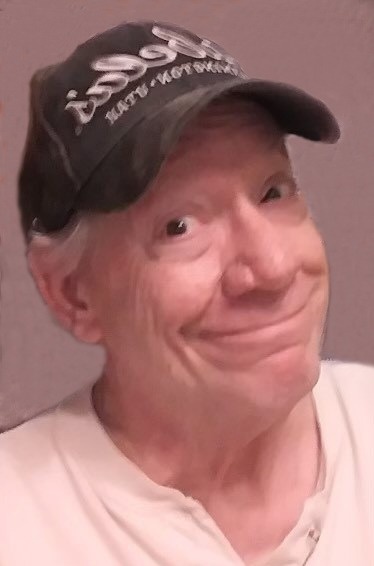 Anthony “Tony” Michael Mazza passed away June 14, 2022 at his home in South Ogden, Utah after an extensive battle with cancer. He was born in Los Angeles, California on October 26, 1944 to Mike Sam and Betty June Hattan Mazza.

He married Claudia Krebs on December 23, 1966 in South Ogden, Utah.

Tony was a machinist by profession. He worked for Thiokol in the aerospace industry and Autoliv in the automotive safety industry.  His hobbies included camping, fishing, hunting, four wheeling, gun smithing, knife making, cars, motorcycles, sarcasm, and annoying people. Tony never did take life very seriously and was quick to bring humor to any situation. He was known for his outrageous stories and jokes. He loved spending time with his friends and enjoyed their weekly breakfast. He was also very independent and stubborn, always wanting it done his way. Tony would never have received the “Father of the Year” award, but he was always striving to be better than his father was to him. If there was anything he taught his sons, it was to try and be a better father and to love your family. During the final years Tony mentioned to his family that he had many regrets that built up over his life. These regrets and fear of dying brought much sorrow to a humorous man. Please take the time now to apologize for your mistakes, hold your spouse’s hand, hug your kids, and let someone know that they are important and that you love them.

Tony was diagnosed with stage three cancer and given maybe eighteen months to live.  He survived for over ten years, a true testament to his stubbornness.

Tony is survived by his wife, Claudia; his four sons, Mark, Sam, Tony, and Dave; five grandchildren, Madeline, Quinten, Isabelle, Noah, and Toni Marie; the daughters he never had, Lacey and Esmeralda; two honorary grandchildren, Jovahn and Alexa; his brother, Rick (Esther); his sister, Maralyn; and his imaginary cousin, “Carmine Vasolino”. He was preceded in death by his parents and brothers, Alex and Pete.

We would like to thank all those that have helped and put up with Tony’s shenanigans over the years. We thank all the doctors, nurses, and additional medical staff that have assisted Tony and the family for the last ten years. A special thank you to his brother-in-law, Blaine Mauchley, who would visit, assist, and entertain Tony each week. And we offer our greatest appreciations, kudos, and accolades to his Saint of a wife, Claudia, who has stuck with him through the good, the bad, and the ugly, and has always taken care of him right to the very end.  Thank you Mom!

To order memorial trees or send flowers to the family in memory of Anthony "Tony" Michael Mazza, please visit our flower store.