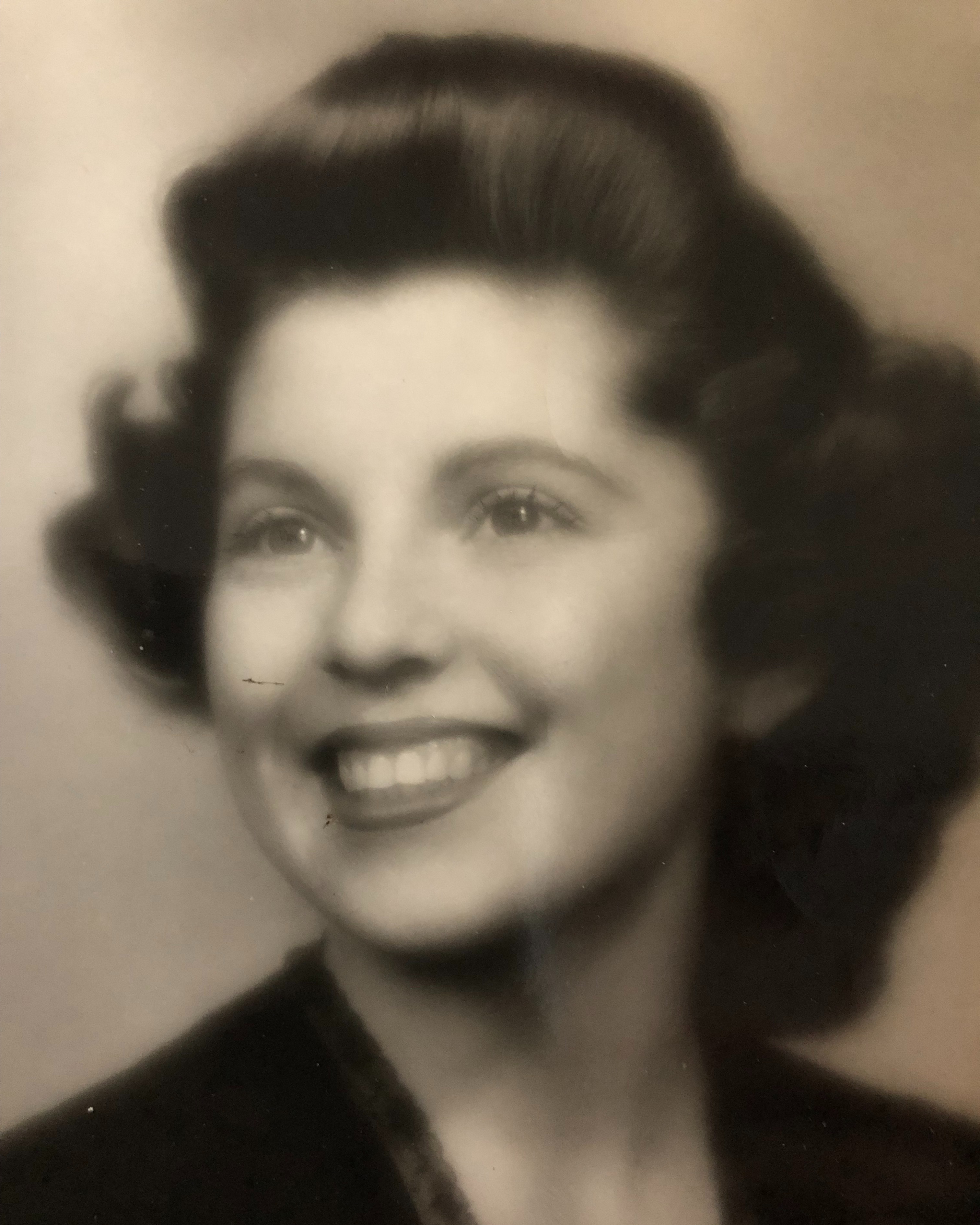 Our Mom and Grandma Anna stepped through the veil on December 19, 2022, surrounded by many loving family members. A grand lady of 99 years, she was anxious to see those who had gone before.

Anna Margaret Cameron Worden, born on April 2, 1923, was the eldest daughter to Mary and Donald Cameron. By the time Anna was four, another daughter had been added and a new home had been built on Laird Avenue. Along with a third daughter, who arrived a few years later, the family lived there for many years.

Anna attended Uinta Elementary, Roosevelt Jr. High, East High and the University of Utah. She loved school and was a bright, articulate learner. She read early and wrote poetry from her grade school years through her 80’s. Anna was one of eight students chosen to speak at her East High graduation. She graduated with high honors from the University of Utah, with degrees in education and history. Active in college life she was affiliated with music and scholastic sororities, Spurs, Alpha Chi Omega, and the war bond effort, which included raising funds for the University's contribution to the purchase of a P51 Mustang, fighter - bomber.

Anna had a wide circle of friends, which included a tall, handsome, brainy boy that she knew from her East High physics class - Dale Worden. They became high school sweethearts and dated each other from their first ROTC ball in 1938 until their college graduation in 1944. The day following their commencement they were married in the Salt Lake Temple. It was June 9, 1944. Two days later they boarded the Greyhound for San Diego, California. These were the war years, so when Dale was called up, Anna went back to Salt Lake for a time. Her first child was born in Salt Lake, and when Dale was released from the army they returned to San Diego, where a second daughter was born. With a change in employment came another move back to Salt Lake in 1949. This time they stayed for 20 years in a beautiful home on 1800 east. The family grew to five daughters and one son. Anna loved the garden and bottled everything it produced. She was busy in Mountain View Second Ward with callings in Primary, Young Womens, and Relief Society. She was always involved in ward dinners, Bazaars, roadshows, Young Womens camping, quilting and other service projects, and ministering in ever so many ways.

Another change in employment brought another move. This time to Huntsville, Alabama and Fayetteville, Tennessee. Anna worked alongside Dale while he served as Branch President. Together they also became ordinance workers in the Atlanta Temple. As their children grew and had families of their own, spreading from Florida to Hawaii, they travelled many miles during vacation times to stay connected with increasing numbers of grandchildren.

With retirement came the move back to Utah, this time settling in Harrisville. Dale passed away in 1996, just three short years after returning. Anna carried on in her typical way - strong, independent, and happy to be busy in the neighborhood and ward.  She loved her Harrisville community, and they cared for her in her years alone.

To order memorial trees or send flowers to the family in memory of Anna Margaret Cameron Worden, please visit our flower store.