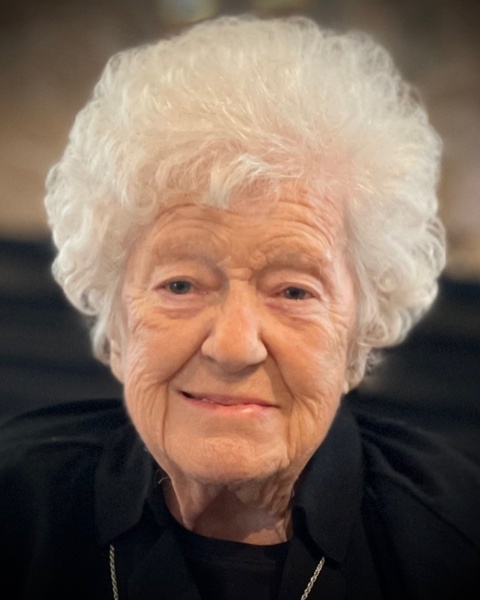 Jananne was born on July 9, 1925, in Salt Lake City, Utah to Albert and Marie Clark.  She had many wonderful memories growing up in Salt Lake City.  She graduated from South High School.  When she was 18, her family moved to Spokane, Washington.  In 1944, she went back to Utah to work at Hill Airfield (now Hill Air Force Base) and lived with her much loved Grandma Russell.  Near the end of World War II, she returned to Spokane.

The summer of 1946, Jan met Joseph Usher at a dance in Liberty Lake, Washington.  Those two loved to dance!  They were married on February 15, 1947, and later sealed in the Cardston, Alberta, Canada LDS Temple. Joe and Jan were married for 70 years before Joe passed away in 2017.  Jan was a faithful member of the Church of Jesus Christ of Latter-day Saints.

Her greatest joy was being Mom and Grandma, and spending time with her family.  Every grandchild has a favorite story (or picture) of her.  Jan loved to play games; either around the kitchen table or camping in the trailer.  In recent years she became the Yahtzee Queen.  Jan was a substitute mom to many who “stayed awhile” at her home. She loved them all.

Jan was blessed with many friends in her walk through life, and kept in touch with them until the end. She loved a good chat on the phone to those who lived far away. Even when her eyesight failed her, she would recognize you by your voice.

Jan is survived by her children; Steve (Cathy), Greg (Debbie), Tim, Debbie (Joel), 13 grandchildren, 26 great-grandchildren, and 1 great-great-grandchild coming in January.  She is preceded in death by her husband; Joseph Usher, and her brothers; Howard Clark, John Clark, Russell Clark, and her great-granddaughter, Kayleigh Keeble.

The family wishes to thank her friends and the staff at The Lodge in North Ogden where she resided for the last three years.  Also, thank you for the loving care given to her by her Inspiration Hospice team; Debbie, Taylor, Addie and Susan.

Funeral and interment will be at Fairmount Memorial Cemetery in Spokane, Washington.