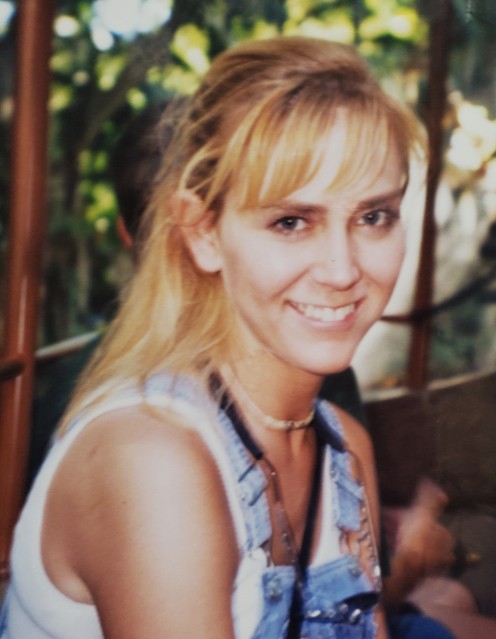 Andria Colleen Munoz, 46, passed away on Sunday, November 7, 2021, surrounded by loved ones, after a valiant fight against cancer. She was born on May 22, 1975 in Ogden, Utah, as the youngest of four children to Dennis L. Jensen and Barbara Lynne Grover. She was affectionately known as “Andi” to those closest to her.

In 1979, Andi’s mother re-married and she gained another father, John W. Conley, along with two older brothers. Her family moved to Brigham City, where she attended school until the age of 17, when her family moved to St. George, Utah. She finished her senior year of high school and graduated with her diploma in St. George in 1993.

Andria was blessed with her first son, Chandler A. Conley, on March 22, 1993. Chandler has remained one of her and her family’s greatest blessings.

On January 6th of 2002, she married Eric Munoz in Mesquite, NV., and gained two bonus sons, Jordan and Austin Munoz. From this union, her youngest son, Isaac R. Munoz was born, making her the mother of four sons. She and Eric later divorced.

Andria was beautiful both inside and out, blessed with stunning crystal blue eyes, with enviable height and long legs and most importantly, she was always the funniest person in the room. Her sense of humor and her genuine love for others gained her many meaningful lifelong friendships.

Andria’s priority in life was her family. She fully supported her sons’ endeavors as well as her husband’s education.  She was a great cook and her family consistently had fresh and nutritious homecooked meals. She was an avid reader who also enjoyed cooking, hiking, camping and attending her sons’ many sporting events. She loved her dogs, Maggie, Sooki, and Mikey, including them in her outdoor adventures.

Andria also enjoyed a career in Human Resource Recruiting.  Over the years, she was employed by Convergys, Marketstar, and Western Governor’s University.  Her favorite and most rewarding position was with AmerSports, where she resigned after being diagnosed with Stage 3 cancer in February 2020.

Since her cancer diagnosis, Andria underwent multiple major surgeries at both Huntsman and McKay Dee, along with constant chemotherapy and radiation in hopes of remission.  She fought valiantly for nearly two years to continue to be with her beloved family until her body could no longer sustain life. Her family is forever grateful for the loving care she received from the outstanding medical staff at Huntsman Cancer, University of Utah and McKay Dee Hospitals. Intermountain Hospice lovingly provided her final end of life care, for which her family is eternally grateful.

To order memorial trees or send flowers to the family in memory of Andria Munoz, please visit our flower store.