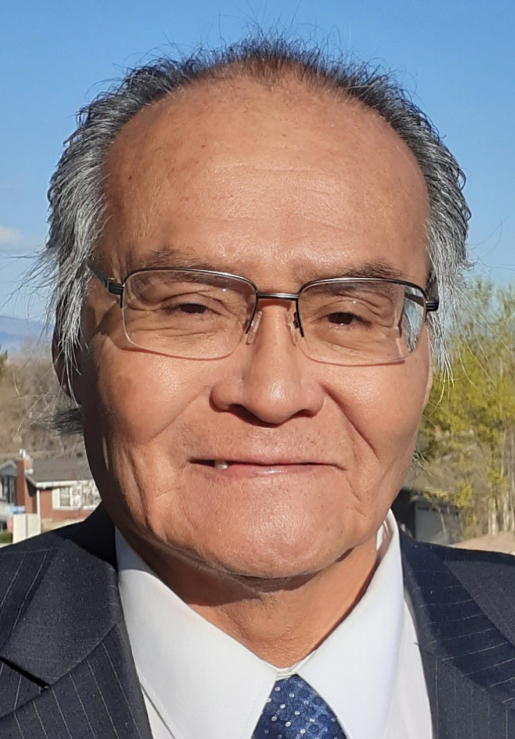 Andrew B Watchman was called home to our Heavenly Father on Wednesday, June 22, 2022. He was surrounded by his loving family.

Andrew was born September 24, 1958 to Ben and Elsie Watchman. He spent the first years of his childhood on the Navajo Nation Reservation where he helped care for his siblings. He was brought to Utah on the Native Placement Program and placed with his Foster Family where spent his teenage years living happily in the care of DeMar and Barbara Mitchell and their lovely children in Clinton.

He attended Sunset Jr. High followed by Clearfield High School where he played an active role in many sports. He was especially fond of track. Running was his life. He served a mission for The Church of Jesus Christ of Latter-day Saints shortly after graduation.

He had so many stories about his life and was always so eager to share them. Andrew always had such a huge impact everywhere he went and had a heart that was made of gold. Always one to help someone in need, especially his family.

He became a truck driver and fell in love with traveling the open roads and the freedom of singing that came with it. He also loved music, dancing, rom-coms and was never one to turn down a trip to the Casino.

His biggest accomplishment in life, was his daughter and grandkids. It brought such joy to his life whenever he spoke of them and his love radiated whenever he was around them. Always so proud to introduce them or speak of them wherever he went. He would say that it was his love for his daughter that saved him.

His faith, love, devotion to his family and love for his daughter and grandkids will never be forgotten. We will miss him every day. "Honey, I'm home."

To order memorial trees or send flowers to the family in memory of Andrew Ben Watchman, please visit our flower store.