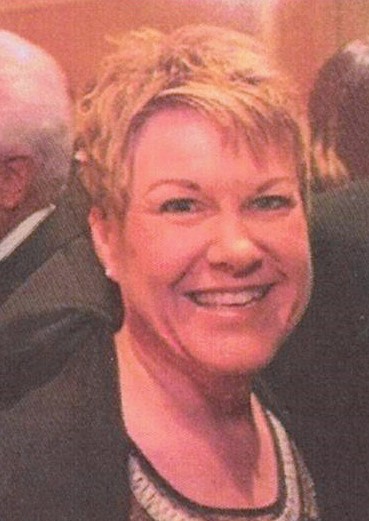 Alicia was born in Cheyenne, Wyoming on Jan 10, 1963, to Judy and Gary Geesman. She died unexpectedly on Nov 10, 2021, in Centerville, Utah She was educated in California and Utah, graduating from Layton High School in 1980, and the University of Utah in 1991 with a bachelor’s degree in mass communications. In 2016 Don Pritchard was welcomed into the family. Alicia's humor, lilting laugh, generosity, and presence will be remembered lovingly and cherished constantly. She is survived by her husband Don Pritchard, mother Judy Geesman, father Gary Geesman, brother Jeff Geesman and a large extended family.

Alicia developed her life skills with a two-year service in the Peace Corps (1993-1995) as an English as a Second Language Teacher.  Her service in Poland was a great source of pride and adventure for her and her family. One of the many gifts she gave the family was a two-week guided tour of Poland. After completing her Peace Corps service, she told her Mom “I feel like I can do anything now.” She was an extraordinary problem solver and after her Peace Corps service and a few transition jobs she made her way to the University of Utah. Starting with KUER in the membership department she steadily progressed to be a member of Administration Management. A shining light in the Geesman family has gone out but a wonderful reunion has taken place at the Rainbow Bridge.

Alicia was an animal lover, particularly devoted to her two Maltese, Maxine and Rocco.  The family requests that memorial donations be made to the Best Friends Animal Sanctuary, Kanab, Utah in Alicia’s name.

A private family memorial will be held at a future date.

Cremation is under the direction of Lindquist’s Layton Mortuary, 1867 No. Fairfield Rd., Layton, Utah.

To order memorial trees or send flowers to the family in memory of Alicia Geesman-Pritchard, please visit our flower store.