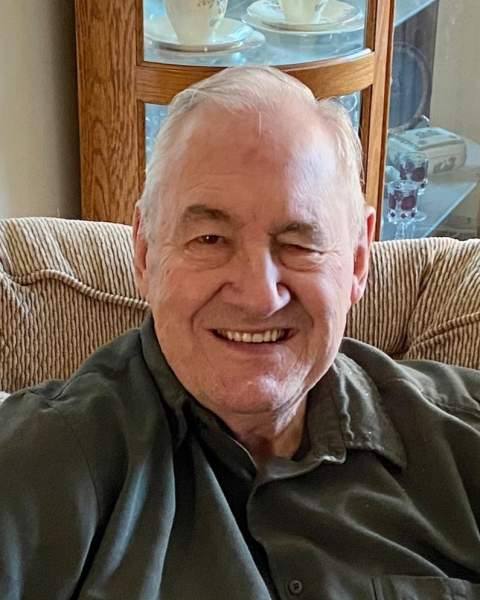 Al was born October 26, 1940 and passed away September 6, 2022. He was the son of George and Mathilda “Tilly” Archibald, brother to Clair and Alan Archibald.

Al was born in Wellsville, Utah, but moved to Washington Terrace when he was young. He had a great childhood playing down by the Weber River, fishing, chasing frogs and shooting his gun. He was a graduate of Weber High School and Weber State College.

After High School, Al went active duty in the United States Air Force. After being discharged, he began working at DDO, then later at Hill Air Force Base, from which he retired. During his time at Hill, he joined the United States Navy as a reservist. Al said that joining the Navy was one of the best things he had done with his life. He did rewarding work with Naval Intelligence and the Navy started his love of traveling. As a Navy Chief, Al was deployed for Operation Desert Storm and he spent the last three years of his service doing active duty for the United States “War on Drugs”, which took him to Puerto Rico, St. Thomas VI, and Barranquilla, Columbia. He retired from the Navy in 2002.

After Al retired from the Navy, he decided to see the rest of the world. He would take months long trips that took him to Central and South America, Europe, and Asia. He rode bikes around Ireland, floated down the canals of Venice, took a train across Canada and almost got mugged in Argentina. He made many friends on these grand adventures, always keeping up to date with them on Skype and Facebook.

Al was a funny guy. He liked to tease, had a dry sense of humor and it never took much for him to break out in song. Different people and situations would remind him of a certain song, and he would belt it out, never caring who was around to hear it. At one point, he decided to learn to yodel. That didn’t go well for those who had to listen, but he got a kick out of doing it and he enjoyed the response it brought too.

Al also loved sports; playing them and watching them. He played church softball and basketball, which isn’t for wimps. He liked to hunt, ride motorcycles, eat ice cream, shopping for that good deal, and spending time hiking and playing chess with his brother Clair.

In 2011, after successfully fighting cancer, Al had a stroke that changed his life. Although the stroke made communicating and getting around more difficult, he never let it get him down. Al still traveled with his family, had Monday morning visits with his brothers, played chess with Clair and enjoyed a good card game. He didn’t sing as much, but sometimes we could get him to sing along to Elvis. The stroke changed him on the outside, but never changed the good guy he always was. Al was still the nice guy, with a big smile and kind heart, who could make you laugh or roll your eyes at his one-liners.

Because of this, the family would like to thank all of the people who still visited with Al, helping him be a little less lonely and making him feel more like his old self. Your friendships meant the world to him and we greatly appreciated the effort that was made.

In lieu of flowers, please reach out to someone you haven’t seen in a while, give them a hug and let them know you’re thinking of them.

To order memorial trees or send flowers to the family in memory of Alfred "Al" J Archibald, please visit our flower store.