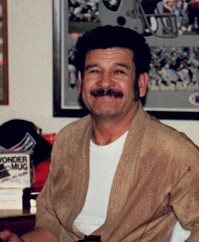 Alfonzo B. Perea, 85, a veteran of the United States Air Force and resident of  Layton, Utah, passed away peacefully in his home surrounded by his family on May 30, 2022.

Alfonzo was born on January 7, 1937 to Belarmino and Helen Perea in Pagosa Springs, Colorado. He was raised in East Carbon, Utah, where he went to Carbon High and graduated in 1955. From there, he joined the United States Air Force as a sheet metal worker / aircraft mechanic and worked on numerous aircraft including the F4 Phantom and the B52 Bomber, until he was honorably discharged in 1960 after four years of dedicated service. After retiring from the Hill Air Force Base, he worked as a shipping director for Wells Cargo for 17 years and was known by his colleagues for his exceptional work ethic. He was married twice and was blessed with four children, whom he loved and adored.

Alfonzo was a devoted father and grandfather who loved spending time with his family. Some of his hobbies included camping, fishing, and hunting. He also enjoyed going to the derbies and the cutter races. A true cowboy at heart, he loved all things Western, he enjoyed helping others and would volunteer to sponsor people in AA seeking recovery. He was a light for many in their darkest moments and a rock to our family and he will be deeply missed by all who knew him.

To order memorial trees or send flowers to the family in memory of Alfonzo B. Perea, please visit our flower store.