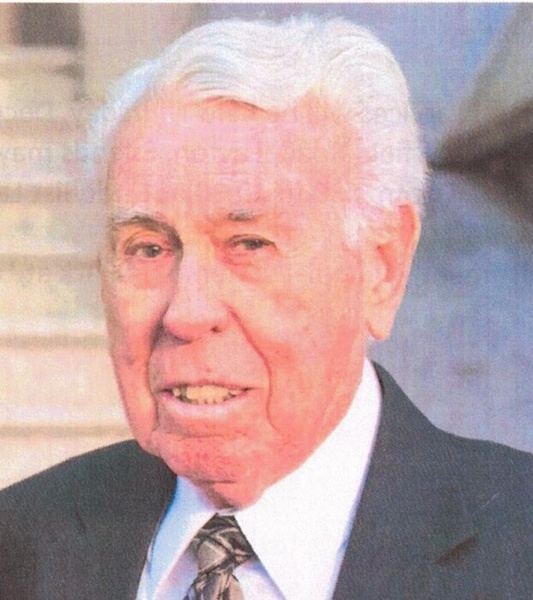 Albert was born December 2, 1927, in Salt Lake City, Utah the third child of Robert Watson and Mary Blanche Thomas. His father died in 1930 and he was raised by his mother and stepfather Emmit Leroy McGrath. He grew up in Castle Gate, Utah close to his Thomas relatives who lovingly referred to him as “Buckie.” In 1942, he moved with his family to Brigham City, Utah where he graduated from Box Elder High in 1946.

He served in the Navy on a destroyer toward the end of World War II. Albert graduated from Utah State University with a degree in tooling engineering. He worked in Civil Service at Hill Air Force Base as a mechanical engineer over the repair of the F-4 Phantom II fighter jets for 33 years.  The last six years of his career he worked for the Boeing Co. and repaired missile silos. He retired in 1991. He traveled to many parts of the world as an engineer during his employment.

He married his high school sweetheart Eva Jane Christensen in 1946. They had four daughters together and were later divorced. He later met the love of his life, Florence Ruth Reed, while working at Hill Air Force Base. The couple was married July 22, 1964, in Clinton, Utah. The marriage was later solemnized in the Salt Lake Temple.

Albert was a high priest in the LDS church and served in many callings including Executive Secretary, Stake Mission, Ward Mission Leader, Finance Clerk, Home Teacher, Dance Director, and many other callings. He and Ruth served as church service missionaries in the Employment Services.

Albert had many hobbies and talents. He enjoyed woodworking, landscaping his yard, dancing, playing his organ, traveling, as well as repairing and renovating his home. One of his greatest joys was creating memories with his children and grandchildren through camping, boating,  fishing and enjoying the outdoors.

He is survived by three daughters and one son. Alicia (David) Olsen, Carol (Kenneth) Porter, Teresa (Kelly) Howell, Neil (Stephanie) Watson, one stepdaughter Jennifer Jones, 25 grandchildren, and 29 great grandchildren, with another one soon to be born.

He was preceded in death by his parents, his wife Florence Ruth Watson, two daughters, Linda Williams and Kathy Wheatley.

To order memorial trees or send flowers to the family in memory of Albert Watson, please visit our flower store.