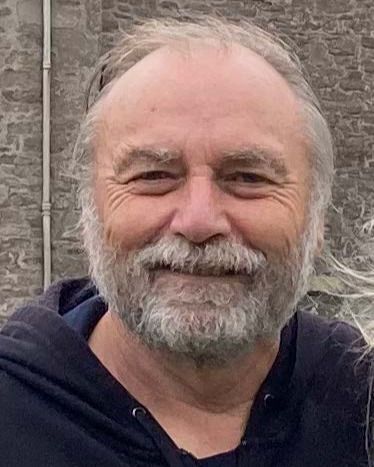 Alan Glen Schiffman passed away on January 19, 2023 in Smithfield, North Carolina after fighting a courageous battle with gastric cancer. His loving wife and children were at his bedside.

Alan was born September 27, 1952 in Pocatello, Idaho while his father was finishing Pharmacy school at Idaho State University. He is the son of Glen H. and Beth Rallison Schiffman and Alan was the brother to three loving sisters, Luann, Karen and Janice. His family returned to Ogden where Alan attended Gramercy Elementary, Mound Fort Junior High and graduated from Ben Lomond High School.

Alan began his work history operating the rides at Lorin Farr Park in Ogden. He was working at McKay Dee Hospital where he was told of a girl working in the Business Office that he needed to date named Debra Miller.  They had their first date on May 5, 1973 and were engaged three weeks later. Alan and Debbie were married on October 5, 1973 in the Ogden LDS Temple.

Alan graduated from Weber State University majoring in Zoology. He then began a 30-year career at Thiokol Corporation. He spent many hours commuting the many miles to Promontory, Utah at all hours of the day and night, depending what shift he was on.

Alan and Debbie were blessed with four amazing children that they raised in Tremonton, Utah for 10 years. They moved back to Ogden in 1990. Alan had not traveled much growing up but that soon changed.        His family began their many trips to California to go to Disneyland as long as it was scheduled around the Los Angeles Rams home schedule so Debbie could see them play. There were at least two trips a year to Grand Teton National Park camping in the little Aristocrat Lo-Liner trailer. There were also many other adventures that included National Parks, and Redfish Lake in Idaho.     Traveling was an important part of their life together after retiring.

Border Collie’s became a part of their lives. He spent many hours helping Debbie with the “Schiffman” dogs. He did not hesitate to go to training sessions or even traveling to Carnesville, Georgia to pick up two dogs. He enjoyed the time spent volunteering at the Soldier Hollow Sheep Dog Trials meeting the handlers from across the country.

There was nothing in the world that meant more to Alan than his family and making their home the best it could be. We know he is continuing that mission from the other side just as he promised he would during his last days. His family is desperately going to miss his presence and his wonderful sense of humor.

The family would like to thank the SECU Hospice House in Smithfield, North Carolina for their loving care.
ORDER VIDEOS
To order memorial trees or send flowers to the family in memory of Alan Glen Schiffman, please visit our flower store.