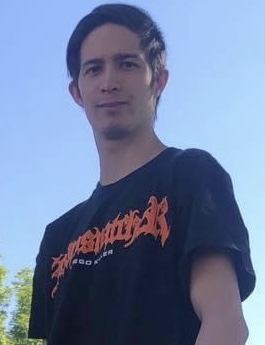 Our sweet and loving boy, Tristen, unfortunately lost his battle with mental health, and his soul was set free of all pain in Layton, Utah on February 17, 2021.

He was born In Logan, Utah to Ryan Baldwin and Suzette Eao. Tristen grew up in Davis County for most his life. He moved to Logan Utah from ages 16 to18, then moved back home to be closer to family and friends.  He graduated in the class of 2015.

If you knew Tristen, you know he was the kindest soul. He would give you the shirt oﬀ his back as long as he knew that you would be okay. He had a heart of gold and a soul that was so bright and positive. He impacted every person that had the honor of knowing him. Tristen loved his guns and the second amendment. When Tristen was little, he would play video games for 24 hours straight if you let him. Music was an escape for Tristen, one of his favorite things was going to concerts with his dad. He was able to meet some of his favorite bands thanks to his loving father.

Our family would like to give a special thank you to Eric Stoker. You meant the world to Tristen. Thank you for being his rock and always letting him know that he was going to be okay, you were his best friend. We can’t thank you enough.

To order memorial trees or send flowers to the family in memory of Tristen Baldwin, please visit our flower store.