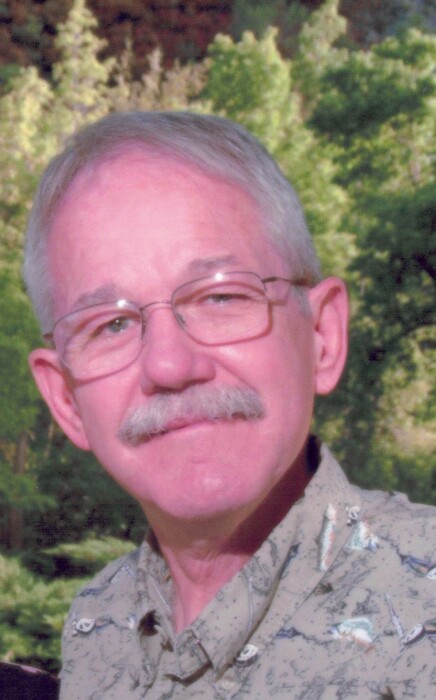 Larry was born on May 27, 1945 in Duncan, Oklahoma to Don L. and Anna Marie (Sanders) Hawthorne.  His father was in the U.S. Coast Guard and his mother and older brother were living with her parents.  After his father’s military service, his family lived in Lawton, Oklahoma. His father did not want his sons to grow up to be “city boys” so in 1950, they moved to a farm in the Wesley Chapel community in southwest Oklahoma.

Larry attended Cache Public Schools in Cache, Oklahoma and graduated in 1964.  He attended Cameron College in Lawton and during this time he drove a school bus for Lawton Public Schools and worked in the science lab at Cameron.  He was a member of the Cameron choir and toured the U.S. and Mexico.  It was when he was in choir that he met Charlotte Hedgecock.  They were married on August 17, 1968.  On March 3, 1972, she and their unborn child were killed in an automobile/train wreck in Lawton.

In 1973, he moved to Bountiful, Utah to be with his older brother and family and during this time worked in security at a local hospital and then drove a delivery truck for Coca Cola before going to work for Thiokol.  He worked at Thiokol for 30 years in various positions.  It was during this time that he was involved in Church work and met the love of his life at a church function at Lagoon Amusement Park in Farmington, Utah, Kaye Blandi.  They wed July 27,1975 and were married for 47 years until his passing.  He directed the choir and he and his wife were involved in the Stephen Ministries at the Clearfield Community Church.

Larry and Kaye moved to Cache in 2005 to be near his mother, siblings and cousins.  While there they were leaders for Stephen Ministries and Larry directed the choir at the Cache United Methodist Church. He drove a school bus for the Cache Public Schools until health required him to stop driving.  This past summer they moved back to Layton, Utah to be closer to their children and grandchildren.

Larry had a beautiful singing voice and sang at many weddings, funerals and special occasions.   His brothers credited his singing voice to his singing while he plowed on a Farmall tractor without a muffler.  He could be heard singing over the sound of the tractor.

He is preceded in death by first wife Charlotte and unborn child, his parents, and mother and father-in-law.

Funeral services will be live-streamed and may be viewed at www.lindquistmortuary.com by scrolling to the bottom of Larry’s obituary page.

To order memorial trees or send flowers to the family in memory of Larry Hawthorne, please visit our flower store.