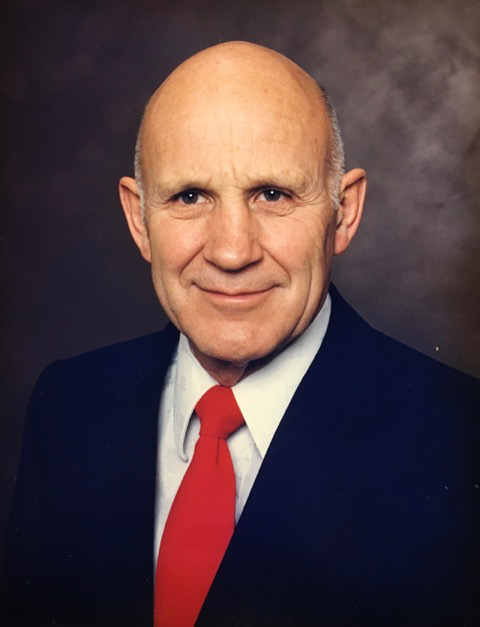 Verle graduated from West High School in 1946, where he was senior class president and received All State Awards in football and tennis. He was later inducted into their Athletic Hall of Fame for Outstanding Athletic Accomplishments. He went on to attend Brigham Young University in Provo, Utah where he played quarterback.

On August 24, 1948, he was sealed in the Salt Lake LDS temple, to his beautiful bride, Leone Winegar Duerden.

Verle proudly served his country as an officer and pilot in the United States Army National Guard. He attended Officer Candidate School in Ft.Sill, Oklahoma in 1952 and went on to graduate from flight school in Texas in 1953. In April of 1953, he left to fly in the Korean War until May of 1954. He returned and graduated with a Business Degree from BYU in 1955 and continued serving in the Army until 1973, retiring as a Captain.

As a faithful member of The Church of Jesus Christ of Latter-Day Saints, Verle served in many ward and stake callings throughout his life, including bishopric counselor, bishop, high councilor, home teacher and Sunday school teacher.

Verle found joy in working hard and playing hard. He was employed by JC Penney Department stores for 25 years where he retired as store manager. He then opened his own Coast to Coast hardware store in Kaysville, Utah, which he proudly owned for 15 years.

He loved to play sports throughout his life and of course, was an avid BYU football fan. He spent many hours outdoors, hunting, fishing, camping and flying his plane. He loved serving and playing with his family, spending countless hours assisting them in their own business endeavors and beating them in many games of tennis and ping pong.

Verle also loved traveling the world with his sweetheart. They were blessed to visit many countries and loved taking their children and grandchildren along on their adventures. His family fondly remembers him as a “super fun dad and grandpa.” He was well known for his sense of humor and his willingness to lend a hand to those in need.

Above all, Verle loved and adored his sweet wife. In their 71 years of marriage, they were blessed with eight children, 40 grandchildren and 64 great-grandchildren.

Verle is survived in death by his loving wife, Leone and his children, Verle and Regan, Parma and Leonard Routson, Maxine and Kris Christensen, Diana and Scott Johnson, Robert Douglas and Julie, Donna Leone Smith and David. He was preceded in death by his parents, his son, William Richard “Bill”, two granddaughters, Kara Lee Routson and Savannah Noel Smith, and by his siblings, Genevieve, Margie, Leland and Archie.

To order memorial trees or send flowers to the family in memory of Jay Duerden Sr., please visit our flower store.