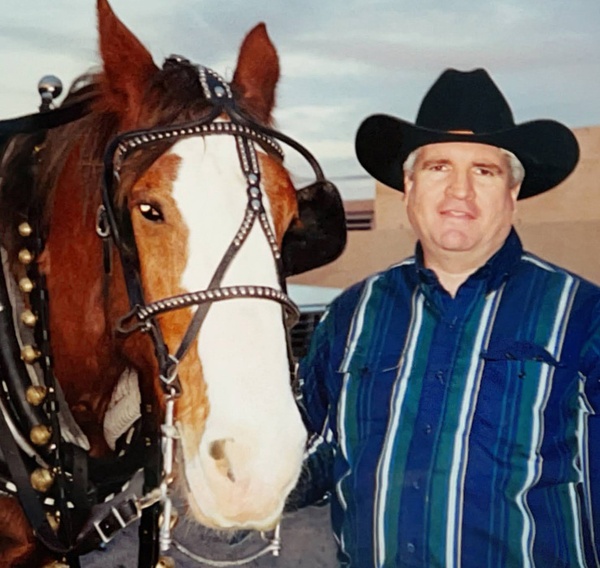 On Tuesday, May 25, 2021, Willard Dennis Parker, loving husband, father, and grandfather, passed away in the comfort of his home next to his wife, due to pancreatic cancer. He was 69 years old.

Willard Dennis Parker was born in Ogden, Utah, on June 14, 1951; he was the second child and oldest son of Willard and Shirley Parker of Clearfield.

He moved to Roy as a young boy and lived there until he graduated from Roy High School in 1969. After which, he served a two year mission for The Church of Jesus Christ of Latter-day Saints, in Belfast, Ireland. He had many exciting experiences as he served in Ireland and enjoyed being an assistant to the Mission President.

Dennis worked in Las Vegas, Nevada for Varsity, opening a new division, which lead to his career in Utah, with National Sanitary Supply Co. later known as Unisource, and then Georgia Pacific in Arizona. He worked his way from Sales Representative, Manager, to Regional Manager. He was able to turn many unprofitable locations into thriving businesses, succeeding at the many ventures he undertook. Dennis was an excellent public speaker and spent lots of time traveling and speaking at sales training conventions. He was extremely successful in his field and was awarded many prestigious awards, even being recognized in a magazine for all his knowledge and hard work in the industry. Through achieving company goals he earned numerous vacations that he and Susie were able to enjoy together.

Dennis always had a love for horses and participated in 4-H and the Posse in high school. While living in Mesa, AZ he turned his passion into a business with his wife and children, Classic Clydesdale Carriage Service. He loved working with his children and teaching them the value of hard work. When asked by his kids how much money they would make if they went carriaging with him, on a particular night, Dad would reply, “I don’t know how much you will make if you go, but I can tell you how much you’ll make if you don’t.” Dennis was an extremely hard worker. It was rare to see him sit and watch a movie, there were always things to accomplish and get done.

After many years in sales Dennis decided it was time for a new adventure. Being a Board Certified Hypnotherapist, he began his new journey staring his own hypnotherapy practice and school for hypnosis, Positive Mind Management Services. He stated he wanted to do more good in the last 20 years of his life than he had done in the previous 60. He loved helping people get, "Unstuck," and have control of their mind and emotions. Dennis took a lot of pride in his work and was able to help countless people. He wrote and co- wrote four books based on his research and knowledge gained in his life pertaining to hypnotherapy and the intellect. These books discuss how the mind processes experiences and attaches emotions to those experiences, thus leading to certain behaviors. Dennis has made countless lifetime friends, who are grateful for the healing that he brought to them personally, through his work.

With all of Dennis’ accomplishments in the workforce, his greatest achievement was his family.  He enjoyed life with Susie, raising 11 children, and keeping up with all the grandkids.

He was best known as Papa Bear and Grandpa; never afraid to tickle, tease, or start an impromptu water fight.  Dennis loved his family very much and made sure they knew it; always putting his arm around them and stating how special each one of them was in his eyes.  Dennis was always willing to help anyone and gave endlessly to those in need.

Dennis loved riding horses, boating, fishing, golfing, and camping.  When the family was young many weekends were spent camping in Causey and boating in Pineview Reservoir.  The family also spent time at Lake Powell, Flaming Gorge Reservoir, and rafting the Green River.  Bear Lake is a favorite family tradition.

He is so very LOVED and will be greatly MISSED by so many.

To order memorial trees or send flowers to the family in memory of Dennis Parker, please visit our flower store.